It is an interesting question how a puzzle like the one illustrated here can have one solution. All the clues are stacked in the bottom half of the board with just one number in the middle row in E9. This puzzle is the first in a list of 12 clue puzzles [1]. They are interesting both as very minimal puzzles (minimal clues) and for how they highlight just how different Sudoku X can be from normal Sudoku. 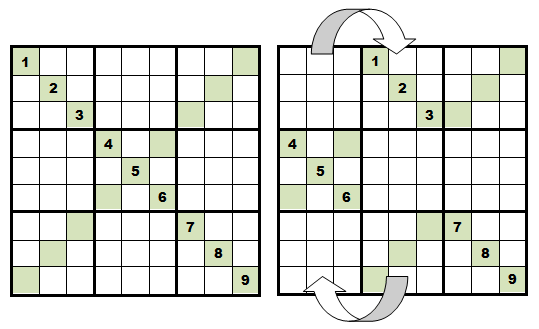 1.originally published on sudocue.net at http://www.sudocue.net/sudoku-x-12-7193.sdm, but the page not longer exists